How Did Mozart Die?

Mozart was just 35 when he passed away. Nobody knows exactly what happened back in 5 December 1791, the day he died.

There is a common rumor that Antonio Salieri, who was an average composer that time, had poisoned Mozart because he was jealous of him.

So how did Mozart Die? Did Saliery kill Mozart? 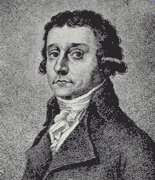 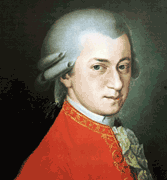 Well, it is true that there was rivalry between Salieri and Mozart. Salieri could not accept the fact that Mozart was a super genius who could compose great pieces at the speed of light. Actually, in history never was there such a talented and a brilliant musician as Mozart, so it is more than likely that a composer would get frustrated seeing his colleague writing great operas in just a few weeks.

Killing Mozart? Well, this is a nice story, but the facts show that Mozart died of a disease.

Researchers have offered almost 200 possible reasons for Mozart's death. The most reasonable cause of Mozart's death is rheumatic fever. Mozart lived in times when medicine was rather primitive; many people had died from diseases which could be easily healed today.

It is also known that Mozart had health problems throughout his life, and there is evidence that he became ill two months before his death.

Here are some facts that are known today regarding the ten last weeks of Mozart's life:

During his last weeks he composed one of the most famous pieces ever - the Requiem. An amazing fact is that Mozart said to his wife that the Requiem was actually written for himself. Somehow, he knew that he was going to die. Mozart had died before finishing the Requiem and his student -Zusmeier completed the job.

On 25 August 1791 Mozart left Vienna to Prague to supervise his new opera - La clemenza di Tito. There is evidence that he fell ill during this visit, but was still in good shape to work.

When Mozart returned to Vienna his condition got worse. Nevertheless, he didn't stop writing music - he completed his Clarinet Concerto, and conducted the premiere of The Magic Flute on September 30.

On November 20, Mozart's condition became worst and he could not get up from his bed. He was weak, had a high fever and was suffering from pain and vomiting. He was in such a bad condition that he could not even move on his own and needed assistance.

One of the facts that we have regarding his last days is from Mozart's biographer Nissen who married Constanze - Mozart's wife - after his death, and based on evidence from Sophie - Constanze's sister.

"[The illness] began with swelling in the hands and feet, which were almost completely immobilized, followed later by sudden vomiting. Until two hours before his passing he remained completely conscious."

Although the swelling of Mozart's body might indicate a symptom of poisoning, the other symptoms indicate a severe disease and not poisoning.

After long and terrible suffering Mozart died on the 5th of December at one O'clock in the morning.

Sophie, who was there, remembered:

"I cannot possibly describe the boundless misery of his faithful wife as she threw herself on her knees and implored succor from the Almighty for His aid. She could not tear herself away from him, beg her as I did."

The saddest part of the story of his death is that Mozart - who was later acknowledged as greatest composer - was buried in a common grave. A man with of such magnitude deserved a lot more than that. Only a few people attended Mozart's funeral, among them - his family and a few friends. (Just for the comparison - at Beethoven's funeral there were thousands of people who mourned his death!).

Mozart didn't get the honor he deserved when he died, but very soon after his death, his merit and importance were realized. Many publishers asked for his manuscripts, his widow organized a series of concerts of his music and soon his name was well known.

So, how did Mozart die?

I guess that nobody will ever know for sure, but the story of poisoning is probably false. The facts lead us to the conclusion that Mozart was sick for 10 weeks before he died. If he had been poisoned he would probably have died in hours.

He lived just for 35 years, but his divine music will live forever.

Return from How Did Mozart Die to Piano History