A Major Chord on Piano

Follow the The C Major chord lesson If you haven't done so yet to see how the A major chord has the same optimistic or joyful sound as all other major chords because all major chords are built out of the same Musical Intervals. 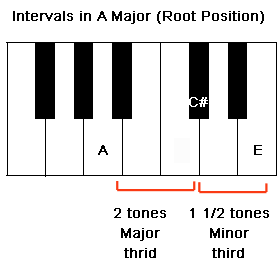 So just like the other major chords A major is built out of a major third which defines the chord as a major chord and a minor third on top of it (A-C#-E).

If we were to try playing this chord by ear we would probably go to A which is the key note of the chord, skip one white key hit the C note, skip one key again and hit the E note. When we'll play these notes together we'll probably figure that we get a melancholic sound rather then an optimistic sound. So by lifting the C note in half a tone to C# we'll create the desired major chord and a quick test will approve that we play a major chord with a major third and a minor third on top of it. 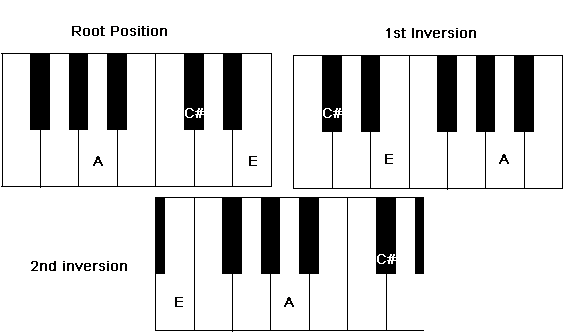 Return from A Major Chord to Piano Chords