The Octatonic scale is ascending in a sequence of a whole step and a half step alternatively.

Since the scale is symmetric there only three different Octatonic scales. The root of the scale you're playing depends on which note set as the root. 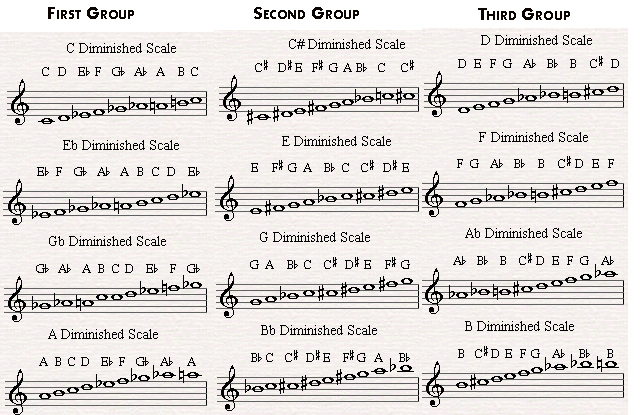 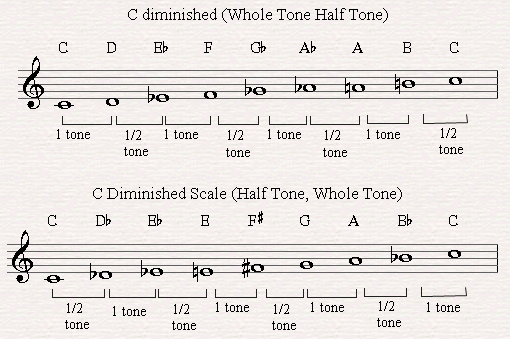 This jazz scale has two modes actually. You can improvise with it starting with a whole tone - half tone or vice verse (half tone - whole tone).

Let's see which chords are created by this jazz scale. 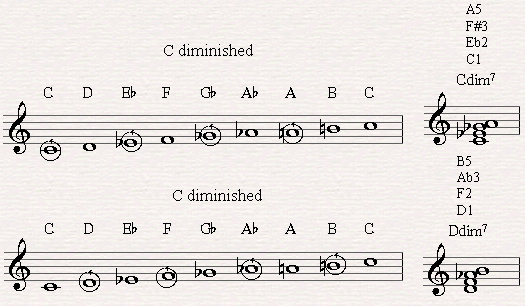 As you can see the Octatonic scale creates two interlocking seventh chords and this is why we name it so.

Therefore we'll use the scale when we would like to improvise on diminished chord. 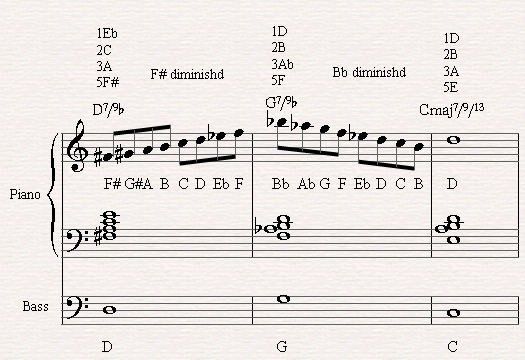 In a II-V-I progression when the V is having a b9 we actually borrow the fifth from the Octatonic scale so we could naturally use the scale over this chord.

Same applies for a secondary dominant with a b9. 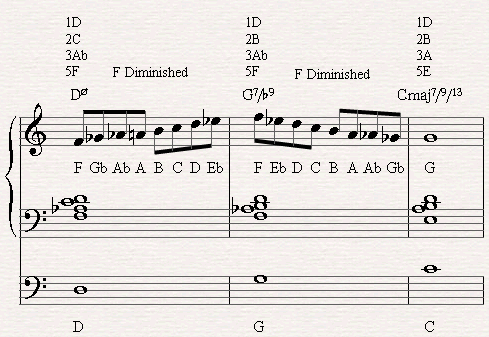 The half diminished scale is taken from the Octatonic jazz scale as well.
Here's an example of how you might the scale to improvise with it over this jazz chord.

One of the main reasons to learn the secrets of piano scales is to be able understand how chords are created in the concept of a scale and to be able to improvise upon these chords while using the right scale. You probably find it problematic to learn to play so many scales and practically use them while playing, but luckily I have found a great solution for you.