Here's a quick summery about scales and how they can help you while learning to play the piano.

Scales help you to learn to play piano better since they are the key to understanding the nature of a piece.


The Diatonic Scales (Major and Natural Minor Scales): The diatonic piano scales proceeds in the range of an octave, and contain five tones and two semitones.

If you'll take C major scale for example you'll realize it is constructed by the white keys only, starting from G.

Each Major piano scale has a parallel minor scale. That means that they share the same notes. We're using this fact to switch between these scales when we write or play music.

A minor scale for example is the parallel scale of C major. So, if you'll start playing a C major from its sixth note you'll be playing the A minor scale. 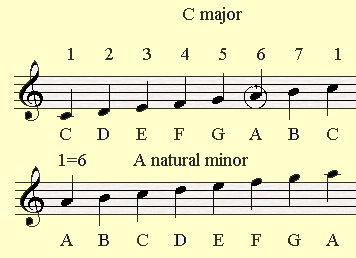 Therefore, Natural minor scale are diatonic as well since they have five tones and two semi tones as well, only they are located in a different place in the scale.

Each note in a piano scale is also called a scale degree according to its distance from the tonic which is the first scale degree.

Here are the names of the Piano Scale Degrees:

Tonic - the note upon which a scale or key is based; the first note of a scale or a key;

Super Tonic - the tone that is one step above the tonic.

Dominant - the fifth tone of a scale. Harmonically speaking, the dominant is the most tensed point in the scale, always leading to a tonic.

The Leading Tone/ Subtonic - the major seventh of a scale, so called because it lies a semi-tone below the tonic and "leads" towards it. If the seventh note of a scale is located a whole step under the tonic instead of half a step we call it subtonic.

Now, we can use musical scales for different reasons. They will help us to understand to conecpt behind piano chords for example or we can use them to improve our piano technique.

The leading note is a crucial note in a scale since it has a very dominant part in solving the tension to the tonic. If the seventh note of a scale is a subtonic, meaning that it is located a whole note under the tonic we have to find a way to raise it up to create that tension towards the tonic.

Let's take A natural minor for example. G is the seventh note and is located a whole note under A. By raising the G note to G# we created a leading tone instead of a subtonic.

This new piano scale is called A harmonic minor. It's not a diatonic scale any longer since the formula of five tone and two semi tone is now broken.

Now we face another problem. If we'll have a look at A harmonic minor we see the there one and a half note between F and G#. That's a strange interval when speaking of scales since the steps and half steps are the basic elements that create progress in music.

If you play the piano scale ascending you'll hear the strangeness of the gap between these two notes. There for we'll raise the sixth note of the scale and create a melodic minor scale.

When we descend in the scale there's no reason to raise the leading note and the sixth note any longer since the seventh note is serving as a leading note only when you ascend.

When going down in the scale we'll use the natural minor scale.

So the purpose of the harmonic piano scale is to help us harmonically and the melodic scale will suit us better when we play a melodic line.

The whole tone is built only from whole steps. It sounds quite spacey. Since it is only built out of whole tone every note could be its tonic.

This piano scale is built out of all the twelve notes of the piano. Therefore you could say there's only one chromatic scale which you can start playing at different places on the piano.

The pentatonic pisno scale is a scale of five tones which is used in many different cultures.
You can think of it as a diatonic scale lacing the fourth and the fifth notes (which are the notes that create semi times with their neighbors).
It's a fantastic scale to improvise with and to use since it sounds quite harmonically everywhere you put it.

It's only natural to now mention the Blues scale. It's a minor pentatonic scale with a sharp fourth/lowered fifth added to it.

The blues came from slavery when the slave used to sing their pain out in the cotton fields. It basically contains all the WRONG notes since you play the minor third over a major scale for example. However, it has the charm to fit everywhere because of its unique and so recognized impression.

The altered scale is a common jazz scale. Click here to learn more about it.

The diminished scale, also called Octatonic scale is built out of a half-whole-half-whole respectively. 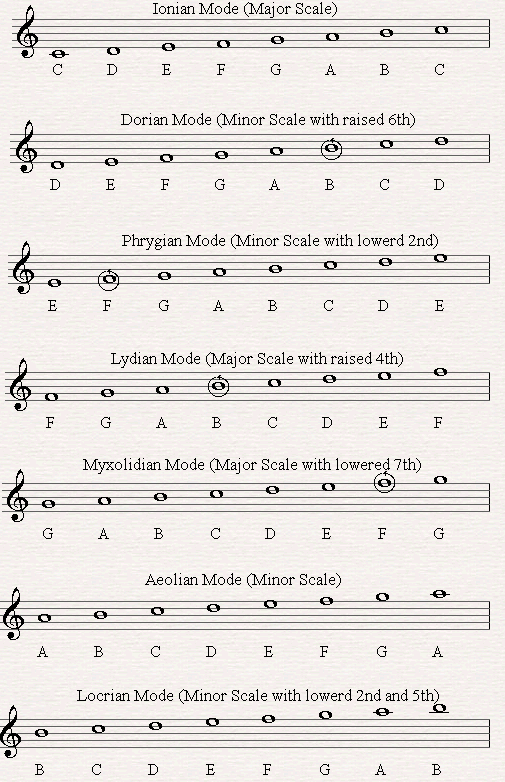 The Music modes are all diatonic. You can simple take a Major scale and start playing from a different scale degree. Then you'll be playing one of these music modes:

There are few reasons to learn to play piano scales. Scales will help you to understand the logic behind a piece you play, and give you tools to build piano chords and harmonize tunes by ear, and if you want to improvise you should use scales to play a solo to really impress your friends and fellow musicians.

In order to get the full potential of piano scales you should go through the Rocket Piano Ultimate Learning kit. With Rocket Piano you'll learn to use scales to improvise by learning about melody, harmony, chords, arpeggios, and how to play chord progressions in any key. Click here to check out the Rocket Piano Learning Kit Now!